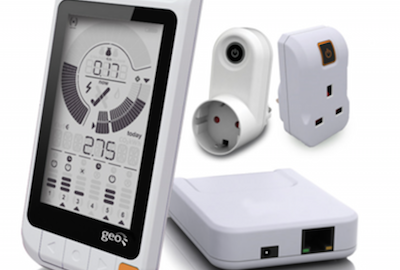 In 2014, geo joined forces with a number of academic and charitable organisations including the Open University, the University of Sheffield and the World Wildlife Fund (WWF) in the DecarboNet project, a 3-year research project funded by the European Commission aimed at investigating the potential of social platforms in mitigating climate change.

Its main contribution to the project is the company’s extensive experience in energy trials, including the Visible Energy Trial. In the course of the project, geo helped develop a “decarbonisation methodology” that recognizes the different stages of understanding and engagement of households and uses this insight to change people’s energy consumption behaviour for the better, curbing wastage and reducing the carbon footprint of trial participants.

geo provided 250 electricity monitors with smartplugs to households (mainly in the UK). These were used by trial participants to understand their electricity consumption, not just at a “whole home” level but by appliance, using smartplugs to monitor detailed electricity consumption. Participants were encouraged to compare and discuss their findings with other trial users via the EnergyUse.eu portal, and with others using social media platforms such as Twitter and Facebook.

In particular, the DecarboNet project has contributed to geo’s understanding of the power of social media in engaging people in the quest to reduce energy consumption, and its use in ultimately limiting the impact of household energy consumption on climate change.

Living the change at home
Scroll to top